Launch of the C.A. Kirkegaard 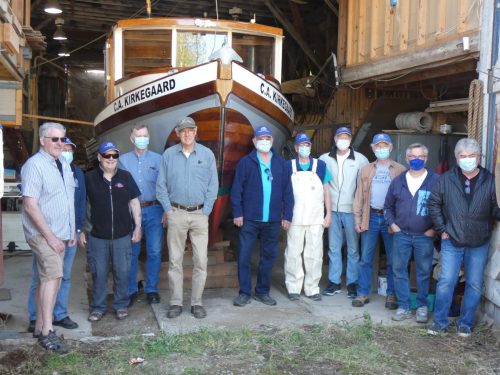 After almost 5 years in the “Car Shop” (Heritage Boat Restoration Workshop) LMS members and volunteers celebrated the launch of the C.A. Kirkegaard (affectionately referred to as “the Kirk”) on Tuesday April 20th.

The Heritage Boat Restoration Workshop volunteers were recently awarded by the Ladysmith & District Historical Society for… “long time dedication to the restoration of heritage vessels of local importance, most recent projects including the JOAN and the C.A. KIRKEGAARD.” The Kirk was acquired by Ladysmith Maritime Society in 1992 and relaunched in 1993 after a significant restoration. She was used by LMS, for harbour tours up till 2016 when she was moved for repairs, to the historic “Car Shop.”  Since then, volunteers have logged about 10,000 hours rebuilding the Kirk. 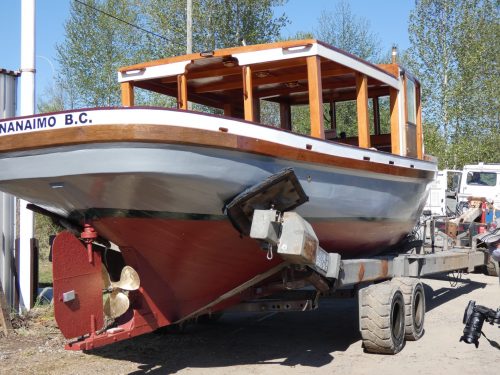 LMS volunteer Jeff Reichert has been involved in the Kirkegaard restoration since the very beginning. He said that when LMS began restoration work on the Kirkegaard in 2016 it was far from being in ship shape. Work has included replacement of the horn timber, stern timbers, stern gunwale timbers and caps, many new planks, ribs and beams, refastening of existing planks, restoration of the pilothouse windows, new cockpit combings to meet Transport Canada overflooding requirements, new cockpit deck and seats, new interior bench seats in their original configuration and new wiring.  The engine was moved aft to make room for a head forwards and all new exhaust, cooling and propeller shaft connections were made.

“The boat will be accessible by the public,” LMS Executive Director Richard Wiefelspuett. “It’s joining our heritage fleet now on the water and it’ll be actively used in our tour boat program where we show the harbour to paying passengers.” It will not be long now before you can once again, take a tour on the C.A. Kirkegaard! 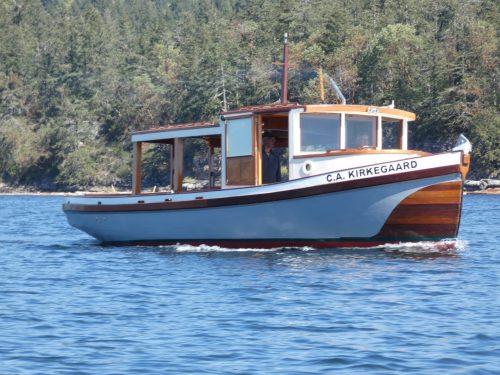